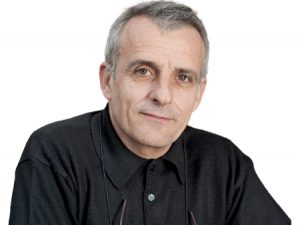 Riyadh, February 19th, 2021; Qantara is thrilled to announce that we have added legendary IOC’s internal expert consultant Isidre Rigau to our advisory board team. Rigau is one of the most experienced experts in strategic planning, operations, organizational development at international major sporting events accumulating over 35 years of experience in several successful implemented projects.

Isidre brings more than 35 years of experience in major international events, as founding partner and director of Summa Sports, he contributes major experience combined with a professional career dedicated to the world of sport, with his maximum reference being his participation in the Organizing Committee of the Barcelona 1992 Olympic Games (COOB’92) as director of Sports Logistics. Since then, he has developed his professional work as a planning and organizational consultant for major sporting events, highlighted by his rigour, methodology and broad, innovative vision.

Amongst other work carried out for the IOC, his highlights include a standard management plan, and monitoring method for Olympic Games organization – applied for the first time during the Sydney Olympics – full-time consulting for the Salt Lake City 2002 Olympics, Athens 2004, Torino 2006 and Beijing 2008, observer plan for the Sydney 2000 Olympic Games and Salt Lake City 2002 and the elaboration of a general development plan for the Athens 2004 Olympic Games.

As operations director for the Barcelona 2003 and 2013 FINA World Swimming Championships and for the World Final of the Davis Cup 2009, he has worked as an advisor for the Madrid 2012 and 2016 Olympic Games bid, managing the production of the questionnaire, dossier and bid presentation.

“For Qantara Sports to be able to count on Isidre as an advisor provides us international first-level competitiveness to pitch for new projects knowing that we can deliver international best practices and insights” states Qantara’s General Manager “adding his expertise with his role as a sport management professor brings to Qantara a perfect combination when it comes to empowering our local team “added.

As a professor, he lectures on strategic planning and operations at different universities and training centres such as Universitat Autónoma de Barcelona, Pompeu Fabra University / Barcelona School of Management, U.C.L.M.-R.F.E.F., Cruyff Institute, and others. Isidre holds a bachelor in Architecture from the Architectural School of Vallés, Barcelona”